My experience moving my development from Windows to Linux has been almost entirely positive. Not once did I wonder if this was a good idea.

Comparison of Windows and Linux

Both Windows 10 and Ubuntu Linux are stable, professional, secure, and productive desktop operating systems. Windows still does better at high-DPI and multiple monitors, and Windows Hello is very nice. But it's U.I. and interaction model has become a bit too clunky for my tastes. Too often Windows 10 feels like using a mobile operating system on a desktop PC.

For example, here are the user interfaces for setting application defaults on Windows:. 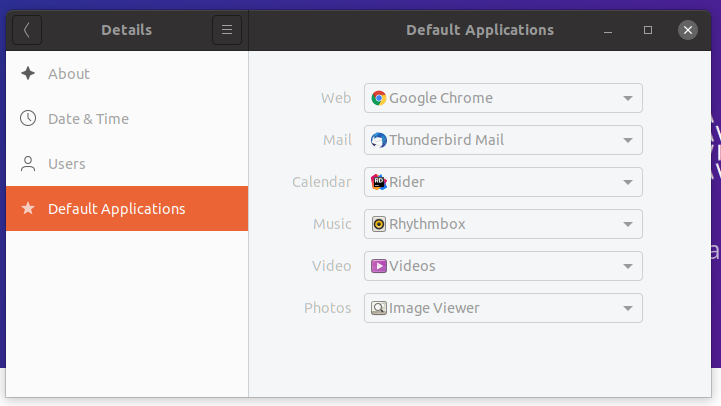 Fundamentally, for me, Ubuntu feels like a real desktop computer operating system. It doesn't abstract too far from the metal, which is generally what I want as a programmer, while still making it easy to install and maintain my apps and environment.

Should you move too?

I am using Linux for day-to-day programming, but that doesn't necessarily mean you should. Windows, Mac, and Linux are all now very good development platforms for .NET/C# programmers.

I think it's fantastic that we now have three viable development platforms for programming in general, and for .NET specifically. Hopefully, the competition between them will drive further improvements across all three. It's an exciting time to be a .NET developer!

So, use whatever you are happy with. And be thankful things have come as far as they have!