I found this video a week or so ago showing how to create 360° spherical photos that can be viewed in the Samsung/Oculus Gear VR. It works nicely, but it is both tedious and error-prone trying to manually capture all the images needed for a full spherical picture. I figured it would be much more convenient if something could automatically move the camera appropriately. Enter the Lego Mindstorms 360° Photobot for Gear VR! 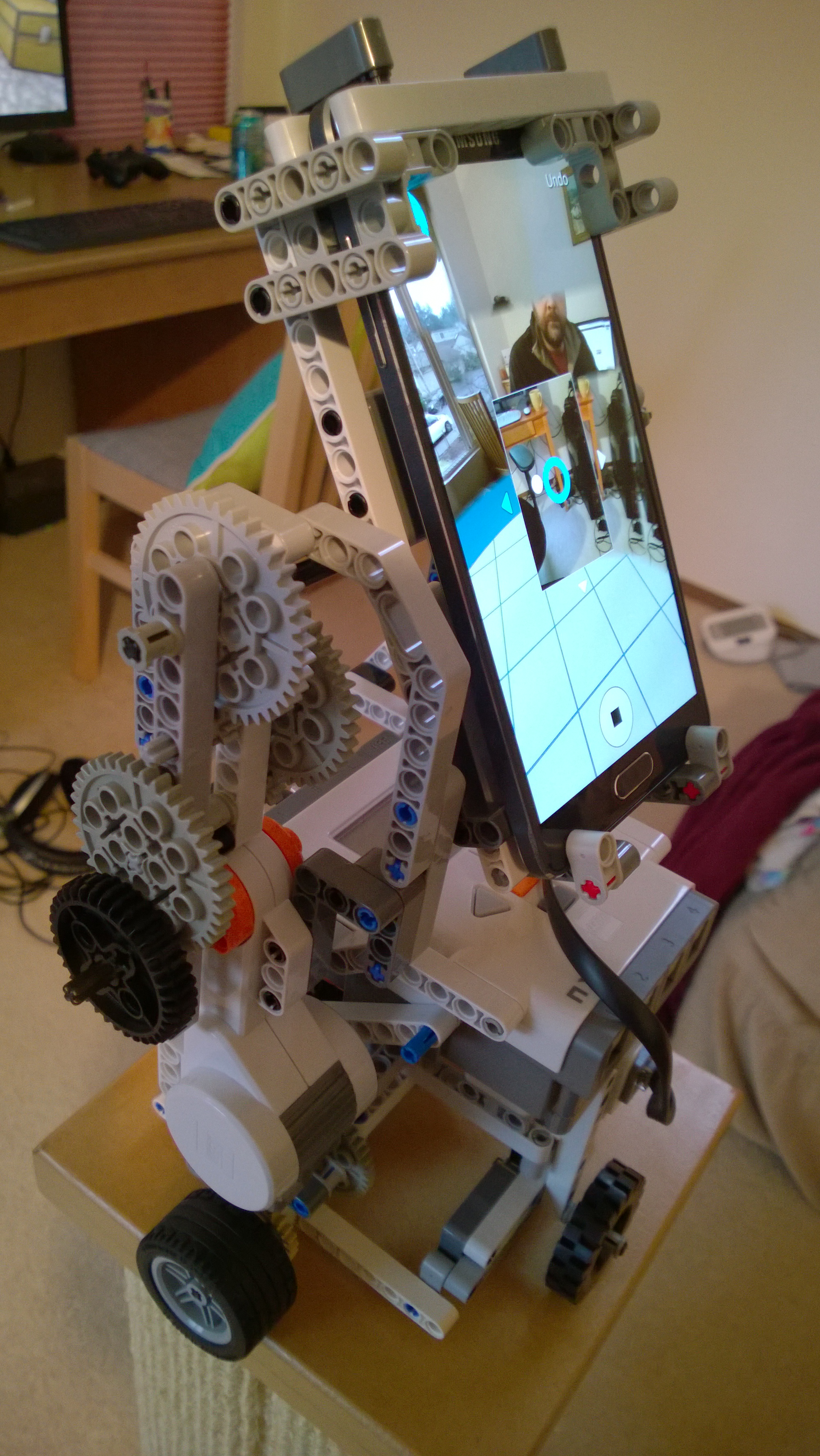 This video on YouTube shows how it works. It's not perfect--you can definitely see the stitching, especially on photos of relatively small spaces.

Here's a sample photo of me and my daughter playing Minecraft taken using the photobot. (Yes, the room is a complete mess. I've been playing with Lego instead of being a grown-up!)

This photo also shows something else that the photobot enables--being in your own 360° picture. The selfie-360 is born!

Now, what I would really love to do is capture 360° stereo photos! The sense of space is pretty decent without stereo, but stereo would certainly add a lot to the effect, especially for small spaces.

This page is up-to-date as of February 15th, 2014. Some things change. Some things stay the same. Use your noggin.